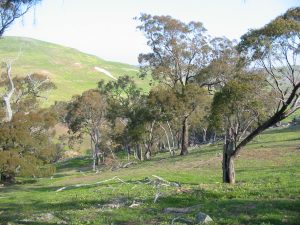 The original vegetation in the Bacchus Marsh Zone was quite varied. Plains Grassland and Plains Grassy Woodland dominated the flats and gently undulating plains at low elevations.

The topography of the area is characterised by ranges, plains and rugged river gorges that provide spectacular scenery. Moorabool contains many areas of flora and fauna significance; in particular, Brisbane Ranges National Park is one of Victoria’s most significant reserves, containing that has over 20% of the State’s plant species.