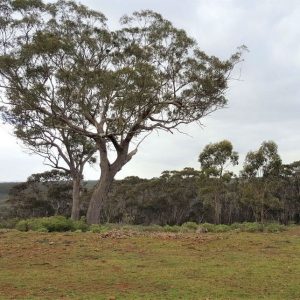 For the last four years, the ‘Protecting and connecting species and communities in Melbourne’s west’ project has worked to protect and enhance threatened plants and animals in the Upper Werribee Catchment by undertaking large-scale pest plant and animal control programs.

In addition, the project engaged with landholders, adjoining the Brisbane Ranges National Park who assisted with identification of pest plant and animals, and the Traditional Owners, Wurundjeri Woi-wurrung, undertook essential weed control in the Werribee Gorge and Long Forest reserves.

The large-scale pest plant and animal threat mitigation activities undertaken in the four reserves provided a large boost to the works that had previously been carried out by groups and landholders to protect and enhance threatened species and communities.

The project has achieved great on-ground environmental outcomes through a collaborative multi-stakeholder approach. By working together, both private and public land managers had a positive and lasting impact on the landscape with the support of the partner organisations, Port Phillip &Westernport CMA, the Department of Land, Water, Environment and Planning and Trust for Nature.